Pope Francis sends greetings to Bulgaria ahead of visit 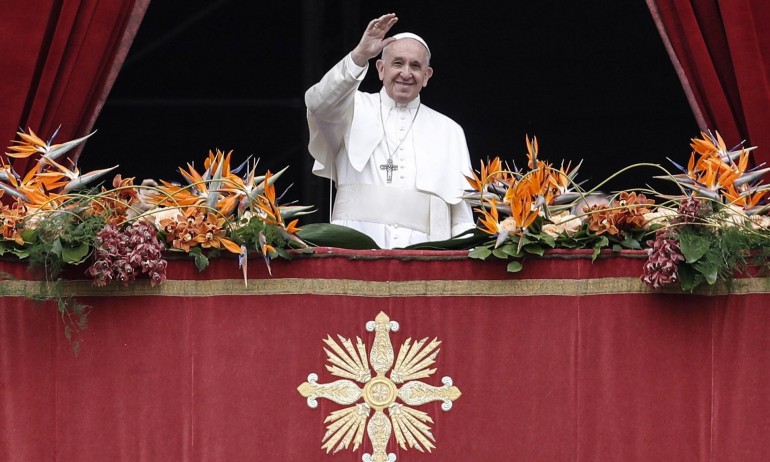 Ahead of his trip, the Pope sent his greetings to the people of Bulgaria, saying his visit will be a pilgrimage "in the sign of faith, unity, and peace."

"Your land is the homeland of witnesses of faith, from the time when the Saintly Brothers Cyril and Methodius sowed the Gospel there," he said.

Pope St. John Paul II often said their evangelizing efforts brought abundant fruit, even in difficult times, said Pope Francis. He noted his meeting on Sunday with Patriarch Neophyte and the Holy Synod of the Bulgarian Orthodox Church. “Together we will manifest our willingness to follow the Lord Jesus on the path of fraternal communion among all Christians,” he said.

The Pope said his predecessor was “a man of faith, communion, and peace,” and that he chose the motto for his Apostolic Visit to Bulgaria with him in mind: “Pacem in terris”. Pope Francis concluded his video message asking all to pray for his visit. “May God grant peace and prosperity to Bulgaria!”