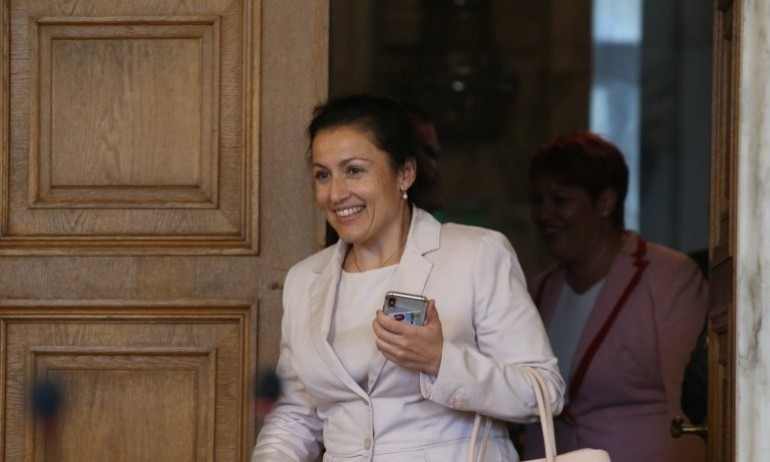 With 121 votes in favour, five against and no abstentions, Parliament Wednesday dismissed Roumen Porozhanov from the post of Minister of Agriculture, Forestry and Food and replaced him with Dessislava Taneva, who until now chaired the parliamentary Agriculture and Foods Committee. Porozhanov tendered his resignation on Tuesday.

Taneva served as minister of agriculture in Boyko Borissov's previous cabinet. She is an economist, a lawyer and has experience in the food industry and agriculture sector, Deputy Prime Minister Tomislav Donchev recalled when presenting Taneva's nomination in Parliament.

Dessislava Taneva told journalists that she will work on "clearing the reputational problems" in the Agriculture Ministry after taking an oath in Parliament as the new Minister. She noted that it is normal to make changes in the political team, respectively in State Fund Agriculture, adding that the Fund's Deputy Director Ivanka Bogdanova-Mizova will be dismissed.

There are many problems in agriculture and this Ministry is the most difficult one, as over 100,000 people in Bulgaria work in this sector, the newly appointed Minister commented. She noted that direct payments to farmers are currently being processed and this cannot be postponed as it is the biggest aid in the sector.

Taneva will follow GERB's and the United Patriots' governance programme in the sector.