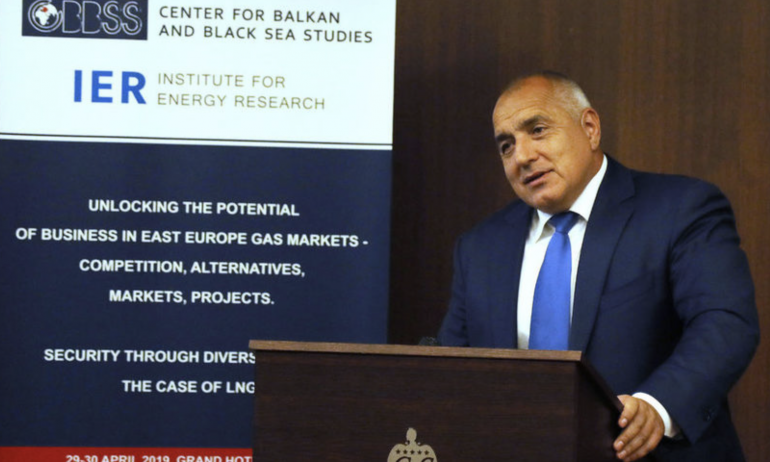 A two-day forum on the business potential of the East European markets for liquefied natural gas (LNG) opened in Sofia on Monday. Addressing the forum, Bulgarian Energy Minister Temenouzhka Petkova said that Bulgaria has remained dependent on a single natural gas supplier and is making an effort to secure independence for its gas supplies.

The forum is co-organized by the Washington-based Institute for Energy Research and the Centre for Balkan and Black Sea Studies.

The Bulgarian Energy Minister said that the issue of LNG is important for Bulgaria and the larger region.

She also said that the most important project for this country as it strives to ensure independence of gas supplies, is the Bulgaria-Greece gas interconnector and that it will bring security to the entire region.

Another important project is the Bulgaria-Serbia interconnector which is due to be ready several years from now. Also, a platform for natural gas trade is due to become operational before the year's end, said Petkova.

She said the government has a will to liberalize the natural gas market.

The countries in the region has been unable to build infrastructure for diverse gas supply routes but now this problem can be addressed allowing the region to head a different way, Petkova said.

The first sod for the gas interconnector with Greece will be turned around May 20, Prime Minister Boyko Borissov told the press as he emerged from a meeting with the President of the Institute of Energy Research, Top Pyle, and Deputy Prime Minister Tomislav Donchev, held on the sidelines of the LNG forum.

The Balkan gas hub, the national has network which is currently being expanded, and the gas transit via Bulgaria all comply with the Third Energy Package, Borissov said.

He said it was the purpose of the forum to find sources of cheaper gas than the one Bulgaria uses now.

The true diversification will come from the competition of has prices, said also the Prime Minister adding that Bulgaria is building infrastructure to make sure it will be in a position to purchase gas from whoever offers a better price.

Another participants in the forum, Energy and Water Regulatory Commission head Ivan Ivanov, said that despite the optimism there is about the gas prospecting in the Black Sea, things there are far from industrial production of gas.

He pointed out that one disadvantage is the relatively low consumption of natural gas. Another problem is that where there is a monopolist market, there is no security, he added.

Bulgaria this year is taking steps that should lead to market liberalization, he also said. The energy regulator is working on the rules for trade and the daily charge for imbalances and these rules are due to be adopted in the early days of May.

Bulgaria's plan is to commission by the end of 2020 the interconnector that will lead to the southern gas corridor.

Alex Alexiev of the Centre for Balkan and Black Sea Studies said that the LNG market has developed significantly in this region. He mentioned as an example Turkey which has slashed its Russian gas import by 60 per cent in the past year and now has six new LNG terminals being built.

He also said that a new terminal in Alexandroupolis can bring LNG to Bulgaria.