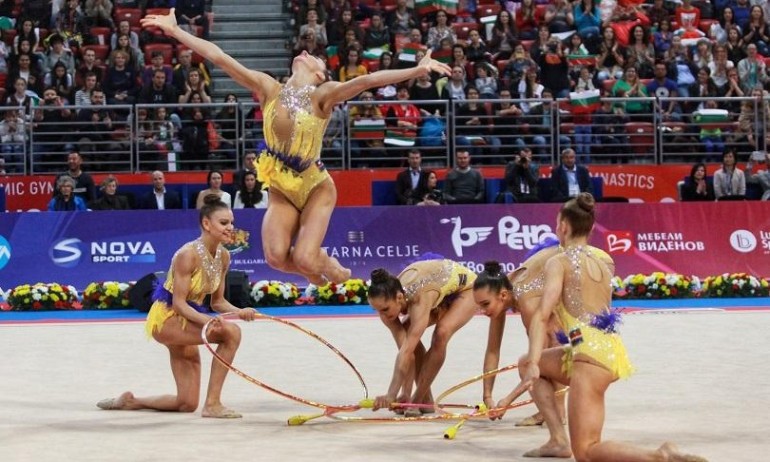 This was the second medal for Bulgaria after Saturday's bronze at the group all-around.

In the five-balls finals, the Bulgarian ensemble placed fourth on 23.950 points.